How old is Iceland?

Olgeir Sigmarsson, Scientist at the Institute of Earth Sciences at the University of Iceland

Iceland provides unique opportunities for direct observation of geological strata. This is due to the erosion of glaciers and thin vegetation, especially apparent on the eastern and western coasts where the mountains rise from the sea and the strata can be viewed from the coastline to the summits. The ocean has eroded the land and left clear strata, making it easy to study the structure of the country.

Olgeir Sigmarsson, scientist at the Institute of Earth Sciences and his colleagues are mapping and dating strata in Víkur, from Loðmundarfjörður Fiord in the South to Borgarfjörður eystri Fiord in the north. By measuring the decay of radioactive materials the age of strata can be found. The most important method used to research Icelandic strata is based on the amassing of argon due to the decay of radioactive potassium, as well as lead produced in the break-down of uranium.

“In the area that we have researched there is an unusually high concentration of rocks high in silica, which is inconsistent with the traditional understanding of the behaviour of central volcanoes.” 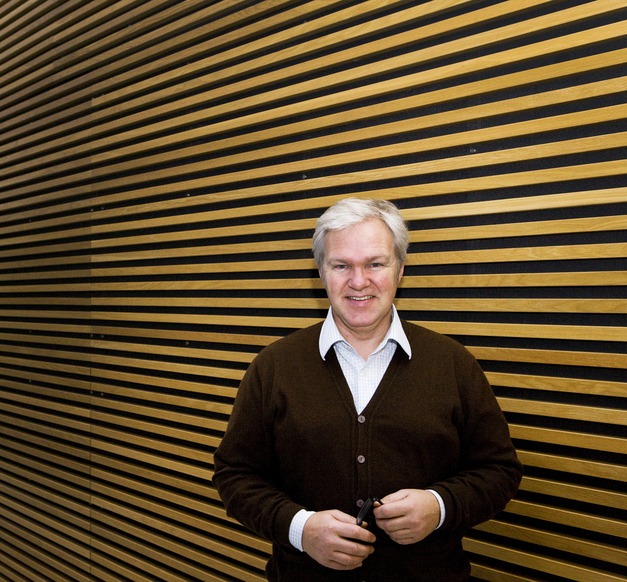 “The spark of the study was our former observations of zirconium minerals in the mountain Hvítserkur. These contain a high level of uranium and therefore amass lead at a fast rate. Dating has shown that the stones are from the Mesozoic era, or around 180-240 million years old,” says Olgeir. The oldest strata in Iceland are considered to be ten times younger.

Scientists believe Iceland is formed in three phases, concerning age and formation conditions. On the Science Web of the University of Iceland it is stated the oldest one is Tertiary basalt formation, 16-3 million years old, then quaternary basaltic rocks and hyaloclastic rock, between 3 million years and 100 thousand years old, and thirdly the current era which geologically speaking covers the last ten thousand years.

“In the area that we have researched there is an unusually high concentration of rocks high in silica, which is inconsistent with the traditional understanding of the behaviour of central volcanoes” says Olgeir who wants to better understand how the North-Atlantic opened up. “When it was formed around 60 million years ago Greenland broke off from Scandinavia, however, it is unclear whether pieces of a continental crust, like the one under East-Greenland, were left in the middle of the ocean. One idea is that such a piece is to be found under the east coast of Iceland, and the zirconium minerals from the Mesozoic era support this hypothesis.”

The scientific value of the study is high since it helps to clarify the age of Iceland, while the social value lies in increased understanding of the natural world and an appreciation of the special characteristics of the Víkur area and its preservation.