Chair of Ceremony: Dr. Einar Örn Sveinbjörnsson, Professor and the Head of the Faculty of Physical Sciences, University of Iceland

Abstract:
Oxytocin is a uterotonic neuropeptide. It has been recommended by the World Health Organization (WHO) as the first line treatment to prevent and treat postpartum hemorrhage (PPH). PPH is the main cause of maternal deaths (27.1%) in many low-income countries. Basic fibroblast growth factor (FGF2) is one of the family members of fibroblast growth factors. It has been shown to regulate many cellular functions including cell proliferation, migration, and differentiation, as well as angiogenesis in a variety of tissues, including skin, blood vessel, muscle, adipose, tendon/ligament, cartilage, bone, tooth, and nerve.

Both FGF2 and oxytocin are unstable and degrade rapidly at room temperature. It has been shown the reconstituted FGF2 solutions are stable for only about one week at 4 ℃ and data shows that oxytocin cannot tolerate being stored at 30°C for more than one month or 2 weeks at 40°C. The aim of this project was to enhance the thermal stability of oxytocin and do preliminary studies on FGF2 in aqueous solutions, which could improve the products shelf-lives.

D-(+)-glucosamine hydrochloride, tetraethyleneglycol (4EG), N-acetyl-D-glucosamine and the mixture of these additives were tested on the stability of oxytocin and FGF2. Our findings showed that all these additives had destabilizing effect on FGF2 stability in PBS. Tetraethylene glycol and D-(+)- glucosamine hydrochloride had a destabilizing effect on oxytocin in both phosphate buffer and acetate buffer. N-acetyl-D-glucosamine showed a negligible or possibly slight improvement to the stability of oxytocin.

The effect of trehalose on stability of FGF2 and oxytocin in aqueous buffer solutions was also tested. Although trehalose showed small to negligible effect on oxytocin stability even at a concentration of 1.0 M in acetate buffer, it slowed down the degradation rate of FGF2 in the presence of all buffers used (HEPES, TRIS, citrate/phosphate and PBS).

The effect of crown ethers on the stability of oxytocin and FGF2 in aqueous solution was also explored. 18-crown-6 and 12-crown-4 had destabilizing effect on FGF2. We explored that while 12-crown-4 and 15-crown-5 did not stabilize oxytocin, 18-crown-6 showed to enhance significantly oxytocin stability in citrate/phosphate buffer at pH 4.5. However, in acetate buffer at the same pH, the presence of 18-crown-6 had a destabilizing effect, possibly leading to a different degradation pathway.

The effect of antioxidants such as uric acid, butylated hydroxytoluene, and L-ascorbic acid was also tested on oxytocin stability in solution. Despite known degradation pathways of oxytocin including oxidation of certain amino acids, the antioxidants uric acid and butylated hydroxytoluene had negligible effect on the oxytocin stability while L-ascorbic acid led to significantly faster degradation.

The effect of different pH on FGF2 stability in citrate/phosphate buffer at a pH range (6-8) and acetate buffer at pH 4.5 and 5.5 showed that like other FGF family members, FGF2 is more stable in near-neutral to basic pH compared with acidic pH.

Mostafa is from Iran, born and raised in Kermanshah city. He received his B.Sc. in Applied Chemistry at Payam Noor University and M.Sc. in Organic Chemistry from Imam Hossein University in Tehran, Iran. He started his Ph.D. at the University of Iceland in 2018 and is honored to defend his thesis here. 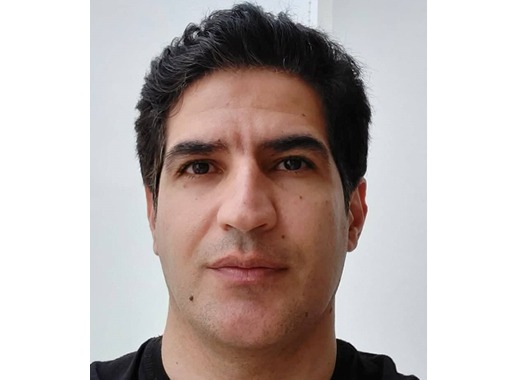