Bullying detrimental to health, wellbeing and success in life | University of Iceland Skip to main content

Bullying detrimental to health, wellbeing and success in life

The Web of Science has defined bullying as one or more perpetrators targeting one person, subjecting that person to violence over an extended period of time. Fortunately, many countries have started to take definitive action against this scourge on society, and a European research indicates that bullying among school children has decreased in recent years.

It has also emerged that bullying is less common in Iceland than is generally the case in other European countries. Nevertheless, bullying is one of the aspects of human behaviour that calls most urgently for research, with a view to reducing or even eliminating it entirely.

Rúnar Vilhjálmsson, professor of health sociology at the University of Iceland Faculty of Nursing, is currently involved in a research project focusing on mapping the prevalence of bullying among Icelandic compulsory school pupils and investigating the links between bullying and the victims' health.

"The reason for the research is a number of studies among children and young people that indicate severe consequences of bullying for victims, both short and long term," says Rúnar of the project, which is one of several Icelandic research projects intended to increase understanding of the prevalence and reasons for bullying, as well as improving preventative measures.

Rúnar explains that there is a lot to be gained here, because bullying has a long-term detrimental impact on the victim's mental and physical health. It can increase the risk of social isolation and lead to lower educational attainment. "Preventing bullying among compulsory school pupils is thus a really important public health issue," he says. "The stakes are high, people's health, wellbeing and success in life, in the short and long term. Success is dependent on good cooperation between the home, the school and the health clinic, both to prevent bullying and also to nip it in the bud before it damages the lives and health of the victims."

"Our research also shows that bullying has significant and wide-ranging links with poorer health. Victims are more likely to be diagnosed with depression, dizzy spells, sleeping disorders and recurrent physical pain. They generally judge their health to be much worse than people not being bullied," says Rúnar Vilhjálmsson. IMAGE/Kristinn Ingvarsson 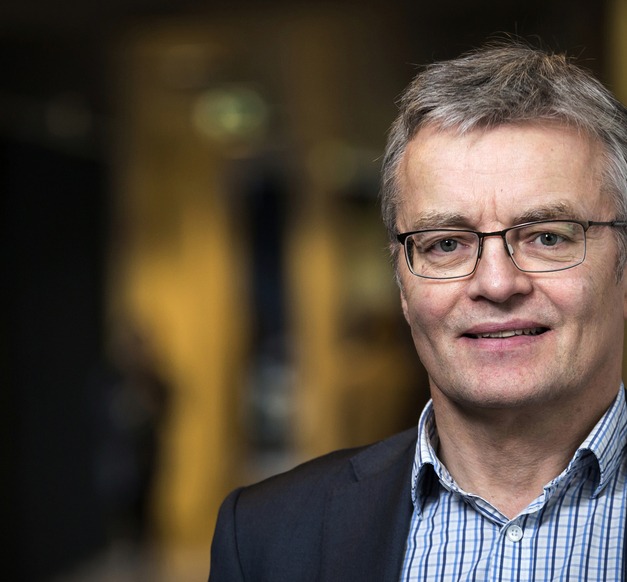 Rúnar says that it is a cause for celebration in and of itself that levels of bullying have fallen and that the numbers here are lower than in various other countries that we use for comparison.  "But let's remember," says Rúnar, "that the consequences of bullying for individual victims are no less serious, even though there are fewer victims."

Each incident can have horrible consequences. Although the situation is better here than in many other European countries, the research of Rúnar and his colleagues shows that almost 6% of Icelandic school children in grades 6, 8 and 10 have suffered a physical or psychological attack or teasing from peers. The findings show that such an incident takes place two or three times or even more frequently every month.

"The frequency varies between groups, though, with pupils who are younger, live with single parents, have parents of foreign origin, or live in a rural location more likely to be victims of bullying than other pupils," says Rúnar.

"Our research also shows that bullying has significant and wide-ranging links with poorer health. Victims are more likely to be diagnosed with depression, dizzy spells, sleeping disorders and recurrent physical pain. They generally judge their health to be much worse than people not being bullied."

There is no doubt about the social value of this research – Rúnar reports that another striking point is the extensive use of pain killers among victims of bullying, beyond that which can be explained by the pain itself.