Anger is the rhinoceros of human emotions

The one who gets angry is often happy for a single moment whereas the regret can last a lifetime. This rhymes well with Vídalínspostilla (1718) where the author presents a powerful image of how rage possesses people; how It makes you grind your teeth, fly with your hands; how you quiver all over and the body is distorted, much like the sea in a great storm. It makes the man a beast and a devil in the eyes of the sane. So wrote Jón Vídalín Bishop at Skálholt (1666-1720) early in the 18th century.

This expressive discourse on rage is often cited in Icelandic, and there are numerous thoughts on rage even older than this. No other animal other than man feels anger; and even though anger is the opposite of intellect it can only manifest where intellect resides - as the Roman philosopher Seneca wrote shortly after the birth of Christ in his book De ira.

Anger is, nonetheless, everywhere and can be a weapon in politics.  It simmers and boils in arenas and on stadiums, but it also sometimes occurs in our daily lives. Rage is within some people in the comment system, it can be found on Facebook, Twitter and in music, in literature and art and recreation.

"Anger has always fascinated me as a phenomenon. From Donald Duck's tantrums, the icy comebacks of Dirty Harry or colourful curses of John McClane," says the doctoral student Rosa María Hjörvar who currently tackles the tricky task of studying anger in Icelandic literature from the latter half of the 20th century.

"We are fascinated by anger," she continues and smiles at this highest tone in human mood swings. "We laugh at it, we glorify it and even call it a positive motive. But at the same time we do not want to live in anger. Fits of temper and its consequences scare us. So our opinion of anger is paradoxical.  It is always fun to examine such phenomenon better," says Rósa María and adds that the study takes the status of Iceland as a former colony into consideration. "I want to see to what extent that status may impact Icelandic culture."

Much rage following the economic collapse in Iceland

Rósa María lived for twenty years in Copenhagen but moved back home a few years after the economc collapse in 2008. It surprised her how common anger was in written discourse and discussions among people at that time.

"Furthermore Icelandic literature seemed to be full of angry people. I wanted to understand this cultural phenomenon better and the narrative of anger."

"We currently face a great revolution concerning communication with each other. They are more and more in the forms of texts, such as text messages, Messenger or posts on social media. The importance of narrative is furthermore increasing. Whether it is in advertisements or in people's private life. Companies and individuals tell and frame their stories in new media using narrative structures known from literature," says the doctoral student Rosa María Hjörvar 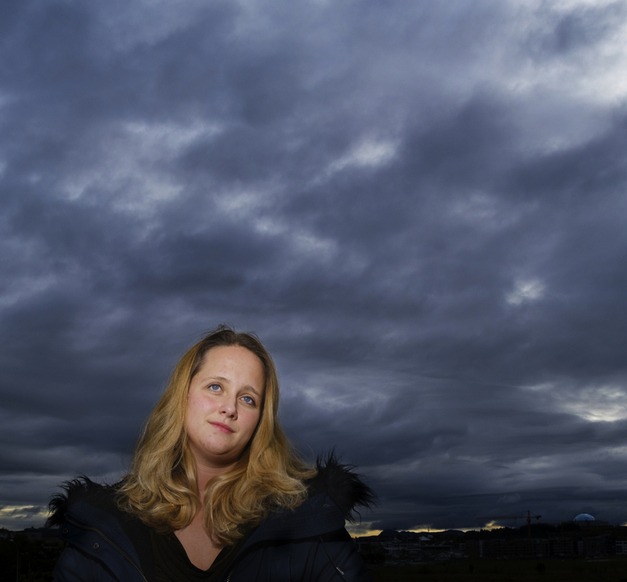 Anger is the research subject in diverse fields of study

Anger is a multi-disciplinary subject. It is the subject of psychology which sometimes discusses its usefulenss, that it is a primary human emotion, the source for making things right when we are wronged. Uncontrollable and prolonged anger is however considered dangerous and affects us physically and emotionally.

"I see anger as the rhinoceros of human emotions. Anger is somehow so ancient and voluminous," says Rósa María and is right on the spot as anger can have all kinds of effects on the body as can be seen from Vídalín's sermon.  Blood pressure is elevated, the heart beats faster and blood flow increases, respiration becomes rapid.

"One would think that anger had no place in the civilised and sophisticated society we live in. However, the fact is that its frequency seems to be going up in modern times and some believe that the modern human being is angrier than any of his/her predecessors. So anger is complex - it can be noble, ugly and funny. A human being slams doors, blushes and even hops up and down in anger and demands to be taken seriously. So many factors are fascinating and entertaining in studying anger as a cultural phenomenon.

Rósa María delved into all kinds of texts, where where her research material is mostly found, and says there is good reason to better study the connections between texts and emotions; seeking the principle of anger in diverse types of narration.

"We currently face a great revolution concerning communication with each other. They are more and more in the forms of texts, such as text messages, Messenger or posts on social media. The importance of narrative is furthermore increasing. Whether it is in advertisements or in people's private life. Companies and individuals tell and frame their stories in new media using narrative structures known from literature. Much has also been discussed on increased anger and hate speech on these same media. Literature is one way to express feelings in texts and I think we could learn a lot from studying them in more detail."

Gunnþórunn Guðmundsdóttir, professor at the University's Faculty of Icelandic and Comparative Cultural Studies, is Rósa María's supervisor in this project. Rósa María say the project could easily increase our understanding of the world we live in, as one of the aims is to examine art in light of the impact of imperialism on nations and culture. Anger is thus an active and important ingredient in the history of this small nation, and perhaps a driving force in the current development of online discourse.