Twenty-three specialists from 15 different countries graduated from the GRÓ GEST Programme at the University of Iceland with a ceremony in the Aula on Friday, the fourteenth class to do so. A total of 195 students, from 34 different countries, have now graduated from the Gender Equality Studies and Training (GEST) Programme with diplomas in international gender equality studies. Furthermore, six graduates received funding from the Erasmus+ international credit mobility programme of the European Union this year.

Jón Atli Benediktsson opened the ceremony, followed by an address from Martin Eyjólfsson, Permanent Secretary of State. Diana Motsi, a student from Zimbabwe, recited a moving poem of her own composition entitled 'Revolutionary Women' and Maame Adwoa Amoa-Marfo from Ghana delivered an address on behalf of the students. The students received their diploma certificates from Ólöf Garðarsdóttir, dean of the UI School of Humanities, and Nína Björk Jónsdóttir, director general of GRÓ, Centre for Capacity Development, Sustainability and Societal Change. Irma Erlingsdóttir, director of the GEST Programme, chaired the event.

The GEST Programme is based at the University of Iceland School of Humanities but is run in collaboration with all schools at the University. The goal is to educate and train specialists from low income countries, conflict zones and post-conflict zones, leaving them better equipped to advance gender equality in their own countries. This year's cohort was made up of students from 15 different countries, including the first participants from Moldova, Pakistan and Zimbabwe. All the students are specialists working variously in administration, the  legal system, higher education, non-governmental organisations, or the healthcare system in their home countries.

Two students were also awarded prizes for their final projects in the name of Vigdís Finnbogadóttir, patron of the GEST Programme. This year the prize for the best practical project went to Nicola Wasuna. Her project focuses on femicide in her home country of Kenya. It aims to establish centres to improve understanding of this issue and encourage preventative actions. The prize for the best research project was awarded to Sandani N. Yapa Abeywardena, for her work looking at how sexual crimes are handled by the courts in Sri Lanka. She investigated sentencing in cases of rape, serious sexual offences and sexual harassment, as well as the attitudes of judges and how they interpret laws on sexual violence and the credibility of victims.

Part of the GRÓ Centre for Capacity Development, Sustainability and Societal Change

Additional information on the graduation of the GRÓ GEST fellows of 2022. 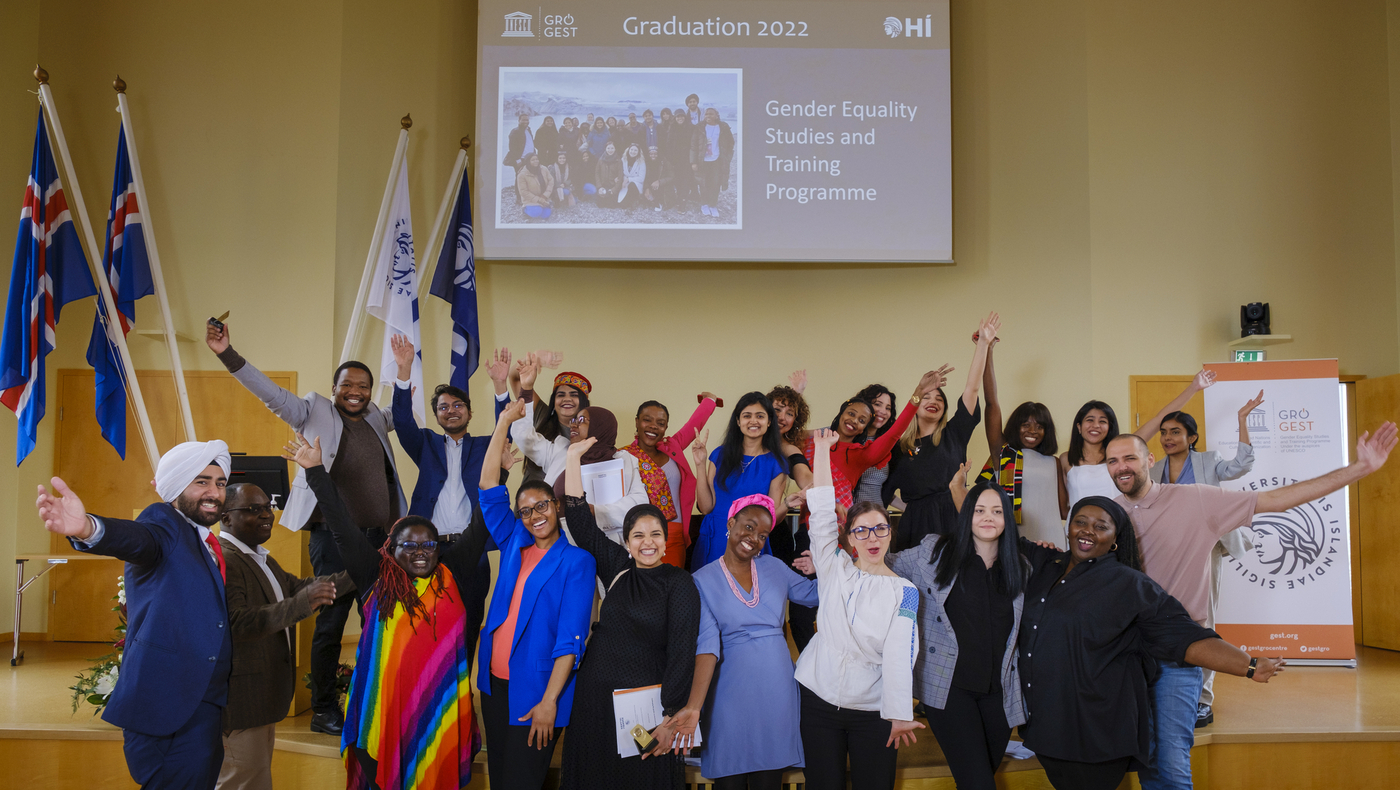