Scientists find final piece in the puzzle of the origin of the elements | University of Iceland Skip to main content
24/10/2019 - 10:20

The first unequivocal evidence of where the heaviest elements were forged has now been found by a large group of European-based astronomers. For the first time, an element heavier than iron has been clearly detected in the collision of two neutron stars, resolving one of the fundamental questions about the history of the universe.  Among the scientists in the research group is Kasper Elm Heintz who completed his doctorate in astrophysics from the University of Iceland last week. These ground-breaking results are published in the latest issue of Nature - International Journal of Science.

Scientists have known since the 1950s that hydrogen and helium were formed during the Big Bang, and that heavier elements up to iron are created by nuclear fusion in stars, and when stars explode as supernovae.  But iron is only no. 26 out of about 90 naturally occurring elements in the periodic table.  Where the other elements heavier than iron came from has long been a mystery.

To answer this mystery, it is necessary to pin point exactly how and where these elements came to be. The only way elements heavier than iron can be formed is by a process called neutron capture, where neutrons penetrate an atomic nucleus - for example, an iron atom - which absorbs the neutrons, creating a new, heavier atomic nucleus and thus a new element.  Neutron capture can be either fast or slow, in the so-called r-process (rapid) or s-process (slow).  Elements formed almost exclusively by the r-process are typically very heavy and near the end of the periodic table: gold, platinum, uranium. It is this rapid process whose location has never been established. In recent years, the scientific consensus has evolved toward the idea that much of the r-process happens when two neutron stars collide - but the definitive evidence has thus far been missing.

Detected a collision of two neutron stars in 2017

This has now been proven thanks to the team of scientists led by Darach Watson at the Niels Bohr at the University of Copenhagen.  The discovery was made by studying the light from a neutron star collision. A neutron star is an extremely compact star, that we now know consists mainly of neutrons. It is typically only about 20 km in diameter, but can weigh one and a half to two times more than the Sun.

When two neutron stars collide, a phenomenon known as a kilonova occurs, believed to be the outward explosion of radioactive material thrown off in the collision. In this explosion, large amounts of heavy elements are thrown out as a hot, luminous plasma.

The only time the phenomenon was well-observed was in August 2017, when two neutron stars collided in a galaxy approximately 140 million light years from Earth. This created a unique opportunity to study the effects of the collision in depth. Using a so-called black body spectrum, the research team succeeded in reproducing the early spectra of that kilonova, in which the element strontium is prominent.  Curiously, strontium is the 38th element in the periodic table and thus one of the lighter of the heavy elements.  The identification of strontium also proves for the first time that neutron stars actually consist of neutrons, since strontium can only be formed so quickly by having an enormous number of free neutrons available.

"It was thought that perhaps only the heaviest elements, such as uranium and gold, formed in neutron star mergers. Now we know that the lighter of the heavy elements are also created in these mergers.  And so it tells us that neutron star collisions produce a broad range of the heavy elements, from the lightest to the very heaviest,” says astrophysicist and co-author Jonatan Selsing.

Despite having answered one of the fundamental questions in modern astrophysics, the researchers' work is far from finished. The next step is to try to identify more elements in the spectra of the kilonova.

A large team of research scientists from various science institutes across Europe were included in the study; from Denmark, Germany, Italy, Holland, England, and Iceland, as well as scientists from the United States. Kasper Elm Heintz was a member of this team, while conducting his doctoral studies under the supervision of Professor Páll Jakobsson at the University of Iceland's Faculty of Physical Sciences. Kasper defended his PhD last week. 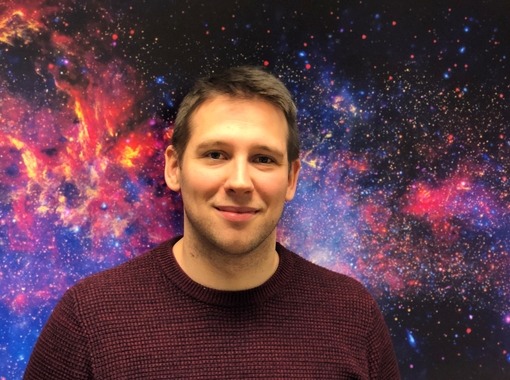 Conclusive evidence of the existence of neutron stars

A large team of research scientists from various science institutes across Europe were included in the study; from Denmark, Germany, Italy, Holland, England, and Iceland, as well as scientists from the United States. Kasper Elm Heintz was a member of this team, while conducting his doctoral studies under the supervision of Professor Páll Jakobsson at the University of Iceland's Faculty of Physical Sciences. Kasper defended his PhD last week.

Kasper was part of one of the teams that initially discovered and observed the kilonova two years ago. "Using the series of spectra we obtained with the Very Large Telescope (at the Panaral observatory in the Atacama Desert in Chile) of this kilonova, we showed back then that they were at least consistent with what you would expect if the heaviest elements were created in this neutron star merger," says Kasper.  He also contributed to the understanding of the physical processes and conditions that are relevant for the kilonova emission ejecta so that the team could model the expected output. Now showing, for the first time, that specifically strontium is created in the first few days after the merger, definitively verifying the creation of the heaviest elements in this process.

Kasper emphasizes that while the team has primarily shown that elements heavier than iron can be produced by the rapid neutron capture process, they also confirmed that neutron stars actually consists of neutron-rich matter.  This has not been proven before, only expected from theory. “So, from this identification we actually have, for the first time, conclusive evidence of the existence of neutron stars." This discovery is thus the last piece of the puzzle in the mystery of the origin of the elements," he says. 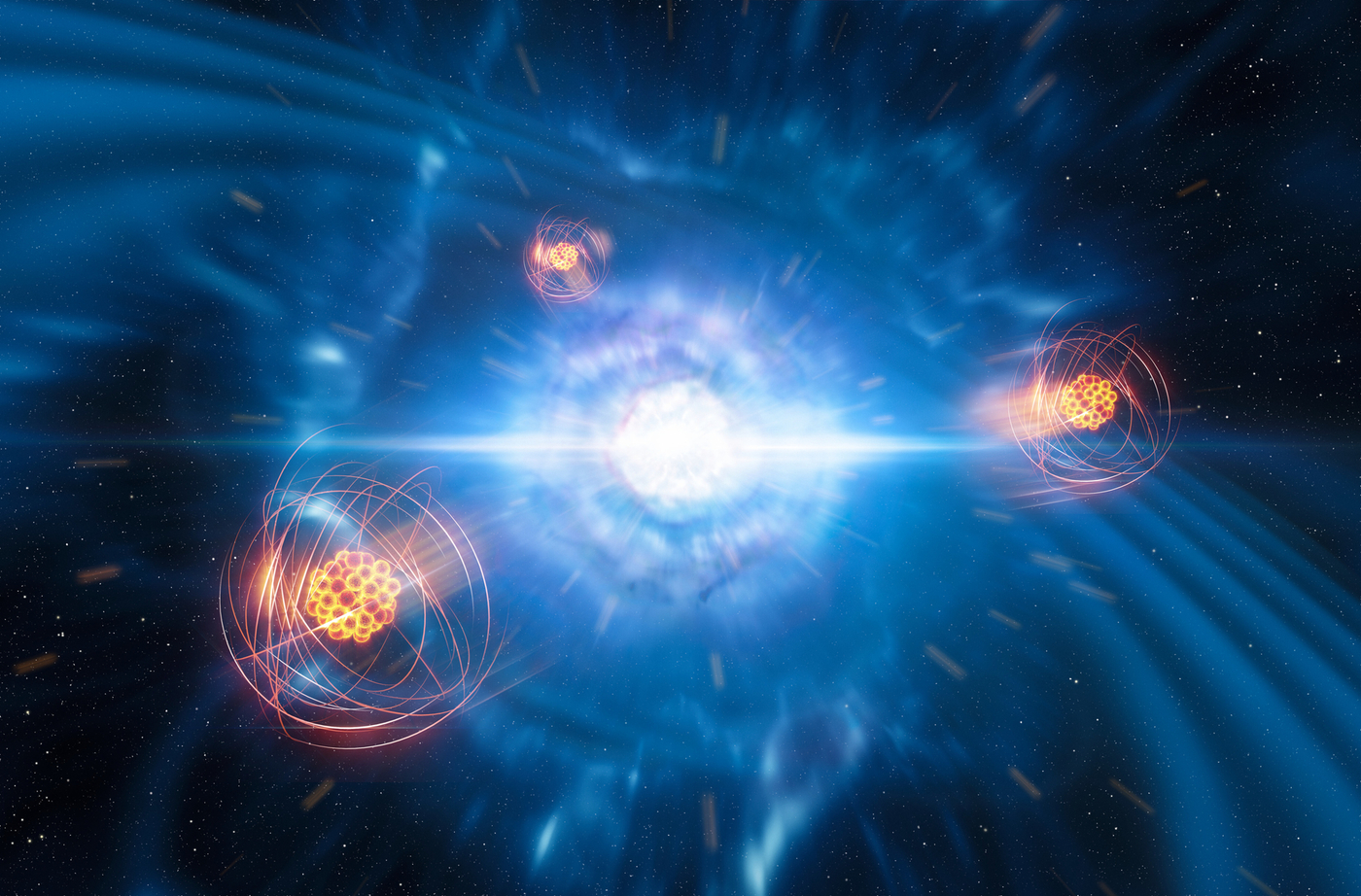