"The course is about methods to monitor volcanoes and magma movements in the roots of volcanoes. What are the signs of magma gathering leading up to an eruption, what measurements can detect such magma intrusion, and how can data from measuring instruments be used to predict the next eruption?"

The new course is titled Monitoring Volcanoes and Magma Movement and is open for registration. Registering is very simple and participation is free of charge.

"In the new course we emphasize explaining measurements of earthquakes, tectonic movements, and volcanic gases in this context, and review examples of such measurements.  Furthermore, the general structure of volcanoes and the underground movement of magma is discussed.  The course is based on a series of short videos containing material on these factors, and projects connected to them," says Freysteinn who is a geophysicist at Nordvulk, the Noridic Volcanalogical Centre, at the Institute for Earth Sciences at the University of Iceland.      It is fitting that the University offers a course in this field, seeing how Iceland is an active laboratory in this discipline, and Icelandic earth scientists are at the forefront in their field internationally.

The second edX course offered by the University

The goal of this course is to increase general knowledge on the nature of magma movement and volcano monitoring; both for the general public who is interested in such matters, and for professionals involved in volcano monitoring who wish to deepen their knowledge in the field.

This is the second course the University offers on edX. Close to 6,000 people participated in the first international online course offered by the University in Nordic medieval studies, where the main focus was on the exciting world of the Icelandic sagas.

Participation has exceeded all expectations and students came from all over the world. The largest group, however, comes from the United States, or over a thousand students.  Most of the Europeans are from the United Kingdom, or ten percent of the student body; but registered participants are from Mexico, New-Zealand, Australia, India, Brazil, Argentina and numerous European countries.  The youngest student was 13, and the oldest close to ninety.

The new course is titled Monitoring Volcanoes and Magma Movement and is open for registration. Registering is very simple and participation is free of charge. 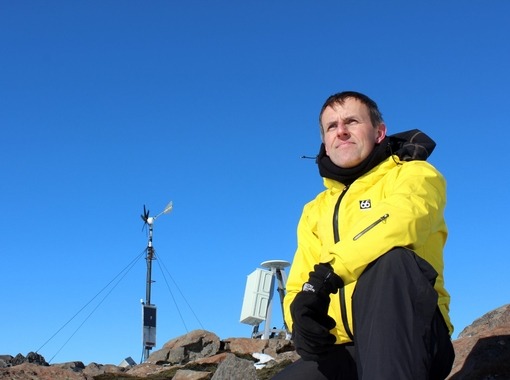 Teaching in front of cameras

Freysteinn says that initially it was quite a challenge to adapt to new consideration concerning lecturing, for example by getting material usually covered in hour long lectures across in five minute videos. "You also have to think of the camera you speak into as as enthusiastic student. Teaching in front of the camera was exciting to me, it is clear that teaching will increasingly move in this direction in the future.   We must use technology and make sure we do not lag behind.  A course like this is not the sole work of the teachers, a diverse and competent team is required. We are lucky to have access to specialists at the University who film, edit, and produce high quality videos and prepare and promote the course."

Changes ahead in teaching methods

Freysteinn admits that he is not a specialist in the development of teaching, nevertheless he says that he would not be surprised if teaching methods would revolutionise in the next few years.

"Easy access to short videos that efficiently explain phenomena is increasingly important. I see great potential in presenting material in this way in the future.  There is increased interest among students in having listened to and experienced the material before they enter the classroom. Students can then participate in discussions and and project work as well as ask questions when they meet their teachers face to face," says Freysteinn who looks forward to the new course's launch online.

Freysteinn believes that edX is one of the best venues for MOOCs as a large number of universities all over the world take part, including some of the most prestigious ones.

"I think the University shows foresight and ambition by participating. It is a lot of work, but provides invaluable experience in the production of online courses.  Besides mediating material, this is of course promotion for the University. Since this is an international forum, the University Iceland can communicate material, for example in fields where Iceland is at the forefront."

Having as its main instructor one of the most highly respected scientists in the field of earth science and volcanic eruptions strengthens the course considerably. Exact measurement of tectonic movements is the main theme of Freystein's research.  By measuring movements with a high degree of accuracy it can be observed how plate movements are stretching Iceland, so that the eastern part is moving away from the western part at similar speed to the growth of our nails; how most of the land is rising because of diminishing glaciers, most in the highlands where this is around 30 mm annually; and how volcanoes prepare for eruptions.

Many Icelanders have seen an eruption with their bare eyes, and some have felt their effects on their own skin.  Not many delve into the precursors of eruptions, but herein lies valuable knowledge that can be used for public benefit.  The importance of the ability to warn about eruptions beforehand is self-evident.

A common sign of volcanic eruptions is the intrusion of magma in the roots of volcanoes before it reaches the surface.  This causes the volcanoes to swell like balloons until they reach a breaking point.  Measuring patterns and the size of movements on the surface can be used to model magma activity underground.  These subjects have been a large part of Freystein's research and will be presented by him in the course.

"I have always been interested in Iceland and to examine and understand it better; an interest kindled by travelling around the country with my family as a child.   Volcanoes were an early interest of mine, one possibly reason is that the Krafla eruptions were ongoing and very much in the public eye when I was young.  When I chose my field of study, exact measurements of tectonic movements using satellites were a recent innovation.   This subject fascinated me, leading me to where I am today!"

As stated earlier registration for the course can be found here 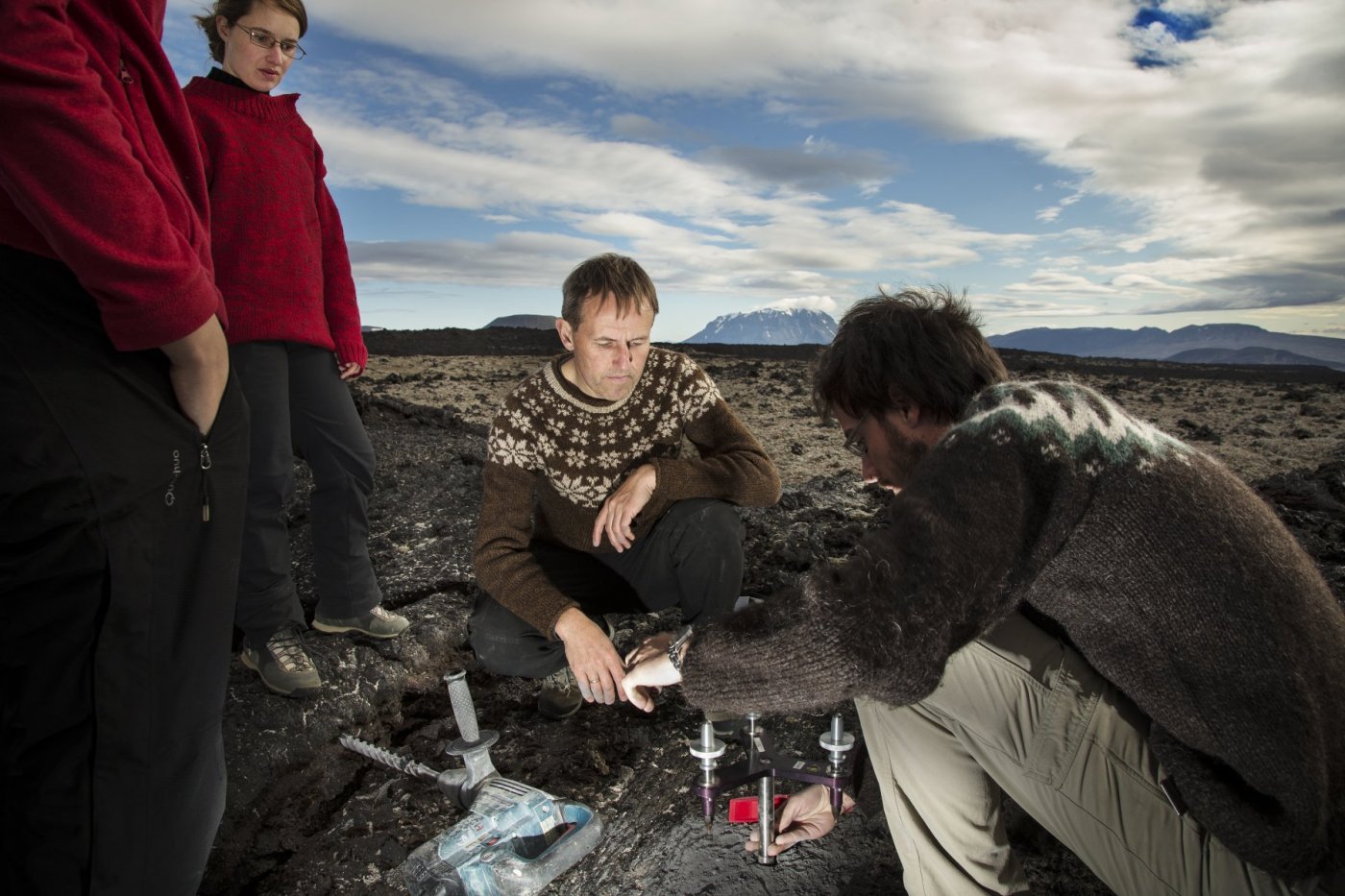 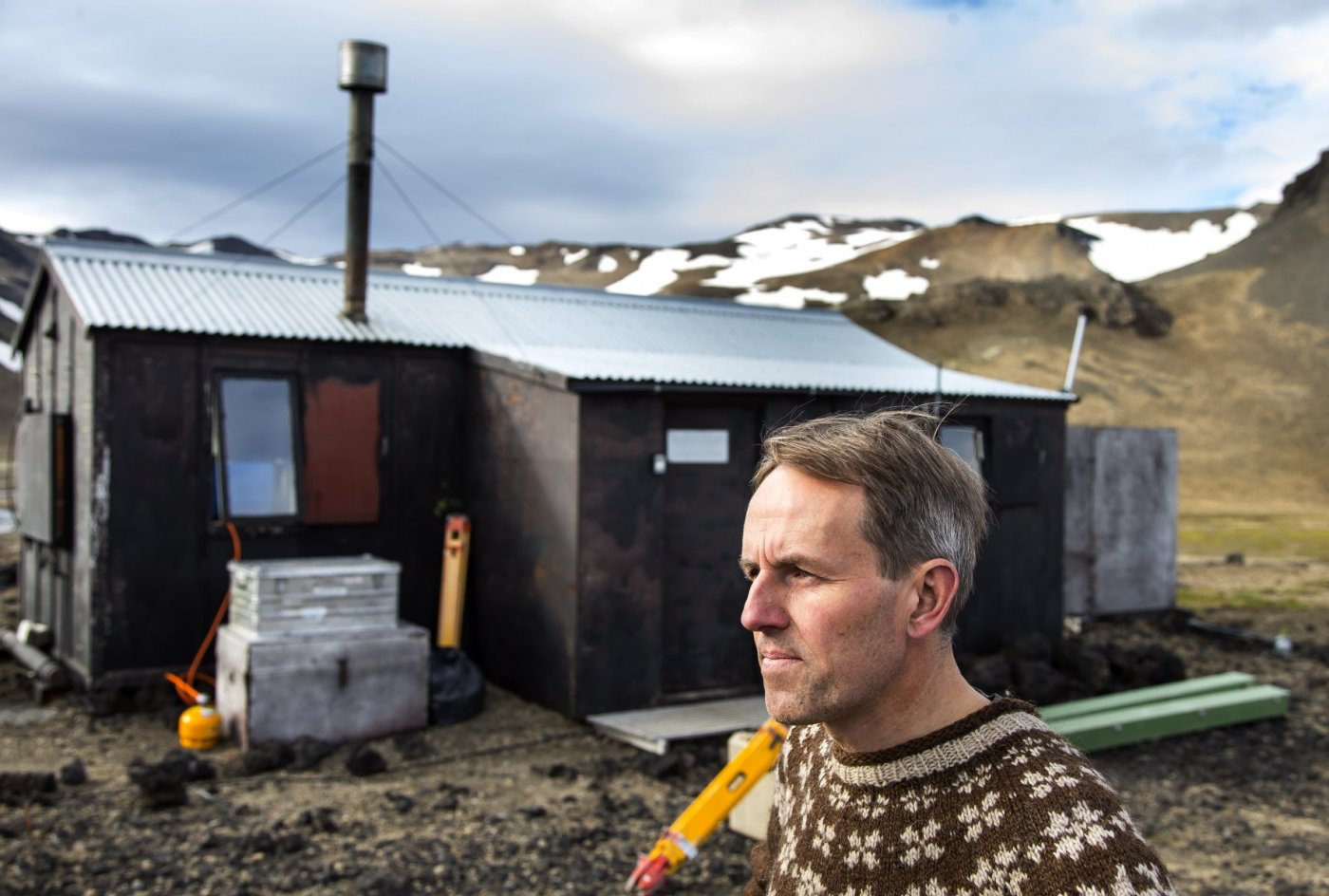