Dr. Brian Bell, Lecturer at the School of Geographical and Earth Sciences at the University of Glasgow, Glasgow, UK.

Advisor:  Dr. Þorvaldur Þórðarson, Professor of Volcanology and Petrology at the Faculty of Earth Sciences at the University of Iceland.

Chair of Ceremony: Dr. Magnús Tumi Guðmundsson, Professor and the Head of the Faculty of Earth Sciences, University of Iceland.

Abstract:
The Breiðdalur volcanic system, eastern Iceland, comprises of a 600 km³ central volcano, a 30 - 40 km long dyke swarm and plateau basalts erupted from this dyke swarm. The entire volcanic system was active from 10.1 to 7.8 Ma, the central volcano was only active from 10.1 to 9.1 Ma and the formation of the dyke swarm appears to be initiated at 9.9 Ma and continued for a further 2.3 Ma. The central volcano is predominantly basaltic (80-85 %) and basaltic lava formed the broad flanks of the volcano between 10.1 Ma and about 9.5/9.6 Ma. More evolved lavas of basaltic icelandite to icelandite composition also erupted onto the flanks during this time, a 400 m thick sequence of icelandites formed on the south east flank of Breiðdalur from 9.9 to around 9.7 Ma. These early-formed intermediate lavas appear to have formed through fractional crystallisation of basaltic magma, resulting the formation of a crustal magma storage zone/chamber below the volcano.

At around 9.6 to 9.5 Ma silicic magmatism began at Breiðdalur volcano, one of the earliest silicic events was a caldera forming event. This created the depression of Breiðdalur caldera, which was infilled by silicic pumice agglomerate, and further deformed by subsequent eruptions. This early silicic magma was most likely formed via partial melting of hydrated basaltic crust and drove the explosive volcanism. The Breiðdalur caldera was 8 to 10 km wide and around 500 m deep, it is infilled with the products of silicic explosive eruptions, silicic effusive eruptions and mafic to intermediate late-stage intrusions. The unconsolidated deposits of the caldera infill were, at the time, extensively reworked by water and it featured caldera lakes, as evident from sequences of lake sediments containing some trace fossils. The caldera in-fill sequence is overlain by the Summit Group, a sequence of horizontal to sub-horizontal lavas, ignimbrite, tuffs and sediments that was erupted at around 9.3 Ma. At this time silicic lavas were erupted on the flanks of the volcano, most prominently the South East Rhyolites group in the south-east and the Fossárdalur composite lava in the south. Silicic magmatism ceases around 9.1 Ma.

The now extinct volcanic systems of Þingmúli, Breiðdalur and Álftafjörður were all active at a similar time, or in the period 11 Ma to 8 Ma and featured overlapping volcanism. Reyðarfjörður and Streitishvarf volcanic systems are older, or around 12 to 11 Ma. All systems are tholeiitic tholeiitic and produced magmas that feature slight enrichment in incompatible trace elements compared to Mid Ocean Ridge Basalt (MORB) magmas. Isotopic analysis was undertaken on a suite of samples from these volcanic systems and the results indicate that Breiðdalur, Þingmúli and Streitishvarf are isotopically indistinct and share similar deep magma sources, although the last-mentioned system is slightly older. The magmas of the Reyðarfjörður system, the northernmost one in this study, originated from more depleted source compared to the above-mentioned systems. On the other hand, the southernmost one, Álftafjörður, had a more enriched source. These characteristics appear to indicate a spatial variation in isotopic geochemistry, similar to that observed in the currently active volcanic zones, rather than a temporal variation. We also present an updated geochronological map of the east fjords and maps of the geochemical variation in East fjord lavas.

Robert was born and grew up in the in the North East of England before moving to Scotland to study for an MSc in Earth Science at the University of Edinburgh before coming to Iceland to start his PhD studies. Robert is currently employed by the Institute of Natural History. 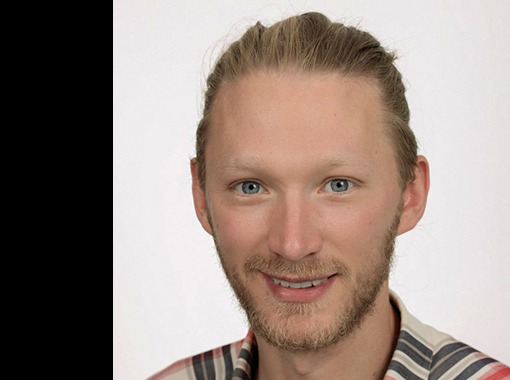