The defence will be streamed:  https://livestream.com/hi/dipankarghosh

Chair of Ceremony: Dr. Oddur Ingólfsson, Professor and the Head of the Faculty of Physical Sciences, University of Iceland

Nature has been successful in self-assembling simple building blocks to complex functional architectures and the concept of supramolecular chemistry has enabled chemists to mimic nature's self-assembly principles. The understanding of the assembly/reassembly process is challenging but this will enable us to design and synthesize complex functional materials with predictable properties. In this doctoral work, the assembly of hydrogen-bond functionalized organic molecules via non-bonding interactions and metal coordination have been studied. The metal coordination induced assembly was studied by converting the multi-functional ligand into metalloligands, which were converted to metal organic material (MOMs) and the catalytic properties of the MOMs were evaluated. The self-assembly based on hydrogen bonding was analyzed in low molecular weight supramolecular gels (LMWGs), which are stimuli-responsive supramolecular systems where the self-assembly/reassembly process can be either switched on/off by an external stimulus. The role and importance of various non-bonding interactions in the formation of gel network were studied in amide-based LMWGs and metallogels. The self-assembly process in multi-component amide/urea supramolecular gels was analyzed by various analytical techniques and have reported the crystallographic evidence of specific co-assembly in mixed enantiomeric gel. The application of LMWGs as efficient crystallizing media was explored and have shown the crystallization of inorganic compounds using gel medium. These studies enabled us to understand the key interactions of the self-assembly process in these systems, which will be beneficial in designing new supramolecular systems with predictable properties.

Dipankar was born and grown up in Krishnagar, a small town located in the state West Bengal in India. He completed his B.Sc. in Chemistry from Jadavpur University in 2012 and received M.Sc. degree in 2014 from IIT Kanpur, India. Later that year, he moved to Iceland to pursue his doctoral studies at the University of Iceland. 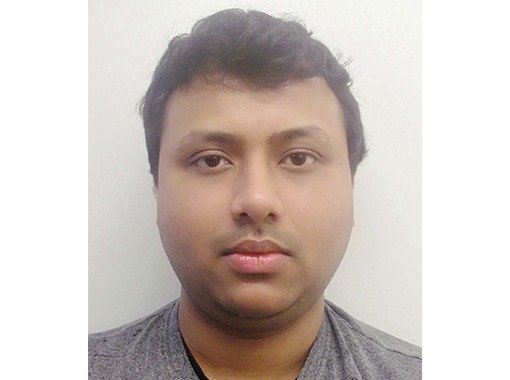