Advisor: Dr. Guðrún Marteinsdóttir, Professor at the Faculty of Life and Environmental Sciences, University of Iceland

Doctoral committee:
Dr. Bruce J. McAdam, Lecturer at the Institute of Aquaculture, The Univeristy of Sterling, UK
Dr. Sigurður Snorrason, Professor at the Faculty of Life and Environmental Sciences, University of Iceland

Chair of Ceremony: Dr. Anna Dóra Sæþórsdóttir, Professor and the Head of the Faculty of Life and Environmental Sciences, University of Iceland

The marine ecosystem around Iceland is shaped by its position in one of the most hydrographically complicated regions of the North Atlantic. The response of marine populations to those diverse conditions is expected to be different across taxonomically distinct species but by comparing and analysing the differences we can better understand the system as a whole. In the present study, population dynamics of juvenile cod, juvenile plaice, brown shrimp and Iceland scallop were analysed with respect to recruitment patterns and fluctuations. The studies were carried out during a period of increased influx of Atlantic waters around Iceland and consequently higher temperatures.

Findings revealed the highest abundance of cod larvae within low-salinity waters, characteristic of the Icelandic coastal current and highlights the role of the freshwater driven coastal current in successfully transporting larvae from the spawning areas into the northern nursery grounds. The relative stable cod and plaice stocks in Icelandic waters can most likely be attributed to the their stock subcomponents as well as density dependent processes occurring at the plaice nursery ground. The collapse of the Iceland scallop stock in Breiðafjörður were maybe the one of the first species influenced by the current warm regime which started around 1996. During this period there have also been several records of invasive species, such as the brown shrimp, with the new regime favouring the establishment of the new species. The causes and drivers of recruitment variation are common over a wide range of species and the way forward to understand the key processes influencing recruitment, must be greater emphasis on research on a broader scale.

Jónas Páll Jónasson graduated with a BSc degree in biology from the University of Iceland in 2001 and an MSc degree in fishery science in 2005. Jónas is a senior scientist at the Marine and Freshwater Research Institute, where he is responsible for research and advice on nephrops, scallops and sea cucumbers. He is also a lecturer at the Fisheries Training Programme under the auspices of UNESCO, which is hosted at the Institute.

Jónas is married to Dr. Sólveig Guðrún Hannesdóttur, they have five children. 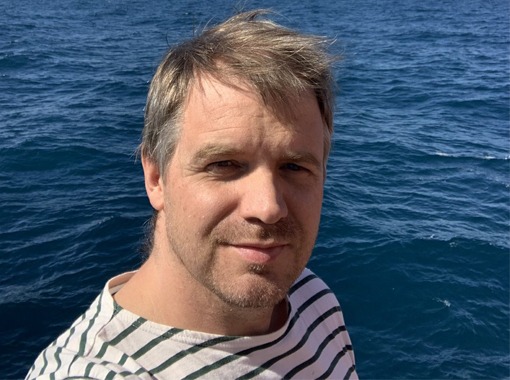