Dissertation title: White-tailed eagles in time and space. Population genetics and the aftermath of severe bottlenecks in Haliaeetus albicilla

Advisor: Dr. Snæbjörn Pálsson, Professor at the Faculty of Life and Environmental Sciences, University of Iceland

Chair of Ceremony: Dr. Anna Dóra Sæþórsdóttir, Professor and Head of the Faculty of Life and Environmental Sciences at the University of Iceland

Abstract:
Genomic population bottlenecks and small population sizes are well described and well-studied areas of biology. However, few studies analyse samples from before and after a population have gone through a genetic bottleneck, and thus studies commonly infer bottleneck effects only using modern samples, modelling, or by comparison with populations that have not gone through bottlenecks. The white-tailed eagle is one of many species which have experienced large reductions in population sizes due to human influences, resulting in extinction in several geographical areas. To study the effects of bottlenecks and genetic variation in white-tailed eagles in Iceland and other countries in the north-western part of the species range, three studies focusing on different aspects of population genomics were conducted. Firstly, the mitogenomic diversity and population history were explored for Iceland and four neighbouring countries, using modern whole mitochondrial genomes, extending knowledge regarding the mitochondrial diversity, and revealing signs of selection maintaining the mitogenomic variation. Secondly, applications for identifying the homogametic sex chromosomes were evaluated. Distinguishing the main chromosomal types is important as they vary in effective population size and may have different evolutionary histories. The third and major study evaluated the impact of a bottleneck and assessed the genomic variation using modern and historic museum samples from Iceland, Greenland and four other countries from the mainland of Europe. A direct effect of bottlenecks was observed on variation within and among countries as well as within and among individuals. Furthermore, the study resolved part of the evolutionary history of the analysed populations.

Charles Christian Riis Hansen was born in 1987 and grew up in Copenhagen, Denmark, with his parents, Lars and Gerd. Charles did his bachelors and masters studies in biology at the University of Copenhagen where he also met his partner, Ida, who has been a great support during the PhD. Charles specialised in genetics and evolution and did his master’s thesis on the population genetics of muskox, which led him to pursue this PhD. 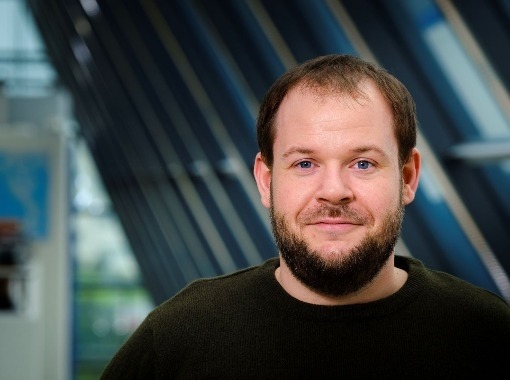