Further information
Open to all
Listen

Chair of Ceremony: Dr. Rúnar Unnþórsson, Professor and Head of the Faculty of Industrial Engineering, Mechanical Engineering and Computer Science, University of Iceland

Abstract:
The current climate crisis and human overpopulation demands more sustainable technologies for industrial chemical synthesis, such as biorefineries. The aim of this project was to study the potential of two non-model microorganisms to produce industrially relevant chemicals from renewable biomass, through metabolic modelling and engineering. Model organisms are often used for these applications, but due to extreme environments that can occur in biorefineries, this is not always optimal. Rhodothermus marinus is a thermophilic bacterium that can use polysaccharides from complex biomass and produces carotenoids. Lactobacillus reuteri is a bacterium that has a wide growth temperature range compared to other LAB and is a native producer of 1,3-propanediol and B12-vitamin.
Genome-scale metabolic models of the two species were reconstructed, manually curated and validated. The L. reuteri model was used to predict how a gene deletion and different carbon sources affected the flux of main metabolites in central metabolism, and to suggest strategies for 1-propanol production. Different aspects of the R. marinus metabolism were reviewed and subsequently, both cell densities and carotenoid production were investigated under different growth and genotype conditions.
Native R. marinus strains produce γ-carotenoids in large quantities. The carotenoid biosynthetic genes and pathway in R. marinus were studied with the aim of making a platform strain for production of carotenoids of industrial interest. Subsequently, a mutant was obtained that produced lycopene, which is a common precursor to the synthesis of a variety of carotenoids. This is the first R. marinus strain that produces an industrially relevant carotenoid, which in turn is a vital step towards obtaining a robust R. marinus strain that can be used in industry.
Genetic engineering of R. marinus is currently limited by marker selection, which are difficult to reuse for further genetic manipulation. A thermostable CRISPR-Cas9 system was developed, which gives hope for more advanced and easier genetic engineering of R. marinus in the future. This work strengthened our understanding on the metabolism of R. marinus and L. reuteri, it produced metabolic models that increase their utility as cell factories and it provided a thermophilic platform strain for industrial carotenoid production.

About the doctoral candidate:
Þórdís Kristjánsdóttir was born July 10, 1989 and grew up in Reykjavík. She got her high school diploma from the Commercial School of Iceland in 2009, BS degree in biochemistry from the University of Iceland in 2013 and MS degree in systems biology from the Technical University of Denmark (DTU) in 2015. She was employed at Matís after finishing her masters and started the PhD program in 2016 which she pursued along with other projects at Matís. Þórdís' parents are dr. Sigríður Hjörleifsdóttir, biologist, and Kristján G. Sveinsson, engineer. Þórdís is married to Bjarki Ómarsson, engineer. 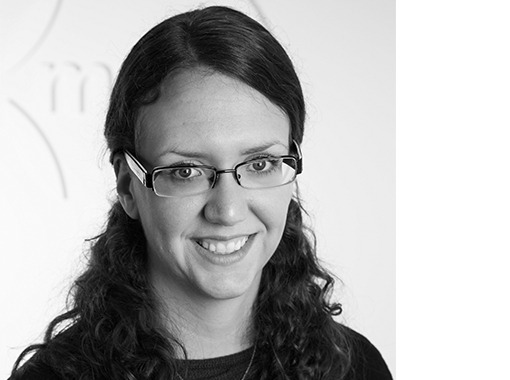